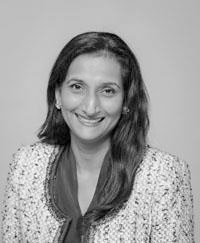 In addition to serving as CEO of LifeProtect , Dr. Mirza Agrawal is an internist and pediatrician who has been a lifelong advocate for underserved populations. Passionate about preparing our nation for the next pandemic, she currently serves as Co Chair of the Florida American Academy of Pediatrics Disaster Preparedness Executive Committee, the American Academy of Pediatrics representative on the Association of Maternal and Child Health Programs Emergency Preparedness Committee and, most recently, a Gubernatorial appointed member of the Board of Directors and Vice Chair of the Florida Endowment Foundation for Vocational Rehabilitation (Able Trust).

Early in her career, Dr. Mirza Agrawal served as Medical Director of the South Florida Children’s Health Fund project, using innovative research and grant opportunities to improve health outcomes and immunization rates of some of South Florida’s most underserved populations. She currently serves as Voluntary Faculty at the Florida International University College of Medicine with a focus on educating the next generation of physicians on how best to care for individuals with developmental and physical disabilities. Previously, she was Medical Director of the Florida International University College of Medicine’s Embrace Program, Clinical Assistant Professor and Voluntary Faculty at Florida International University’s College of Medicine and Medical Director and Assistant Professor at the University of Miami School of Medicine’s Pediatric Mobile Clinic.

Dr. Mirza Agrawal is also Medical Director of the Agrawal Family Foundation, a national panel expert for ECHO’s Autism Transition to Adulthood and a fellow of the American Academy of Pediatrics and American College of Physicians. She earned her bachelor’s degree in microbiology and immunology and her medical doctorate from the University of Miami before becoming Chief Resident of the Combined Internal Medicine and Pediatrics Residency Program at the University of Miami’s Miller School of Medicine and Jackson Memorial Hospital. 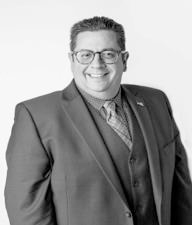 As a practicing physician with over 20 years clinical experience specializing in Internal Medicine and Pediatrics, Dr. Radick has demonstrated strong technical expertise with respect to utilization, efficacy, safety, and multi-disciplinary collaboration to provide a solid return on investment.

Dr. Radick served as a Partner, Board Member and Practice Leader for the Physicians Group of South Florida and Medical Director for Sinai Plaza Nursing and Rehabilitation Center. Prior to his current role as the Chief Medical Officer for LifeProtect, Jason was the CMO for American Medical Depot where he led the Acute Care line of business team and worked with clinicians and scientists to bring value to customers focused on clinical outcomes over product acquisition cost. Dr. Radick was also a national speaker and key opinion leader for pharmaceutical and medical device companies, as well as a legal consultant for leading law firms. Jason also instructed numerous medical students and residents as a Volunteer Clinical Assistant Professor at the University of Miami Miller School of Medicine. He has been published multiple times in peer reviewed journals and presented posters at several national meetings, including the 2019 AMSUS national meeting for federal healthcare providers and the upcoming 2021 APHA national meeting.

Mr. Burel served as the Department of Health and Human Services (HHS), Office of the Assistant Secretary for Preparedness and Response (ASPR) Director of the Strategic National Stockpile (SNS). Prior to his leadership at SNS, Mr. Burel developed an extensive background in federal government service that began in 1982. In addition to HHS, his service includes senior management roles with increasing responsibility with the Federal Emergency Management Agency (FEMA) and the General Services Administration (GSA).

Mr. Burel was selected as a member of the Senior Executive Service in April 2005. In March 2007, he became the Director of the SNS, where he directed the nation’s premier medical materiel preparedness and response organization. Mr. Burel retired from federal service in January 2020. Currently, he serves as Chief Strategy Officer
at LifeProtect Mr. Burel is also President and Principal Consultant of Hamilton Grace, a global consulting group engaged in advisory services for public health, government acquisition and medical logistics informed by decades of leadership and hands on experience at the highest level of the United States Government.

Mr. Burel holds a Bachelor’s of Business Administration from Georgia State University. He is a graduate of the Federal Executive Institute’s Leadership for a Democratic Society, Harvard University’s Kennedy School of Government National Preparedness Leadership Initiative and has completed numerous courses in process improvement, contracting, finance and Incident Command. In 2016, Mr. Burel was awarded the Samuel J. Heyman Service to America Medal for Management Excellence and selected as a Fellow, National Academy of Public Administration (NAPA). He is also a Franz Edelman Laureate. 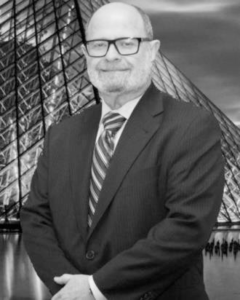 Dr. Liss has over 35 years of experience in vaccine, biologics, and pharmaceutical product development and manufacturing. Prior to returning to the private sector, Dr. Liss worked at the FDA where he directed the Public Health and Security Action Team Program which enhanced the approval process for medical countermeasure
(MCM) candidates. Dr. Liss’ work on MCM development helped to stand up the Regulatory and Quality Affairs Division of the Biomedical Advanced Research and Development Authority (BARDA). Prior to the FDA, Dr. Liss designed and executed quality and regulatory strategies to support both pharmaceutical and  iopharmaceutical
development programs around the world.

Dr. Liss received a Bachelor’s degree in Genetics from the University of California, Berkeley, and his Ph.D. in Microbiology and Immunology from the University of Rochester, School of Medicine and Dentistry. While working with LifeProtect, Dr. Liss advised the team during the initial phases of product development for a reusable N95 respirator.